International partnerships for the digital decade 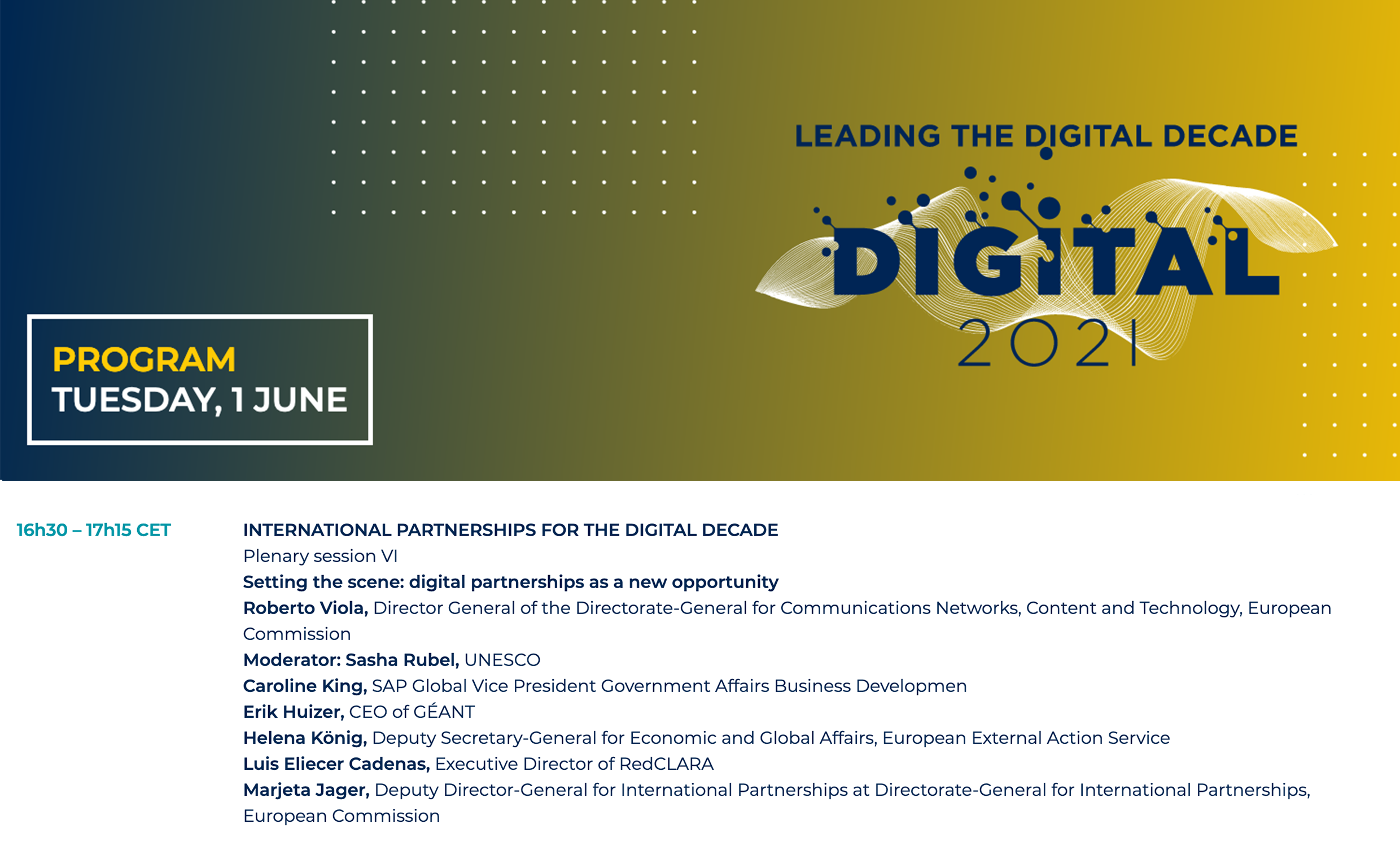 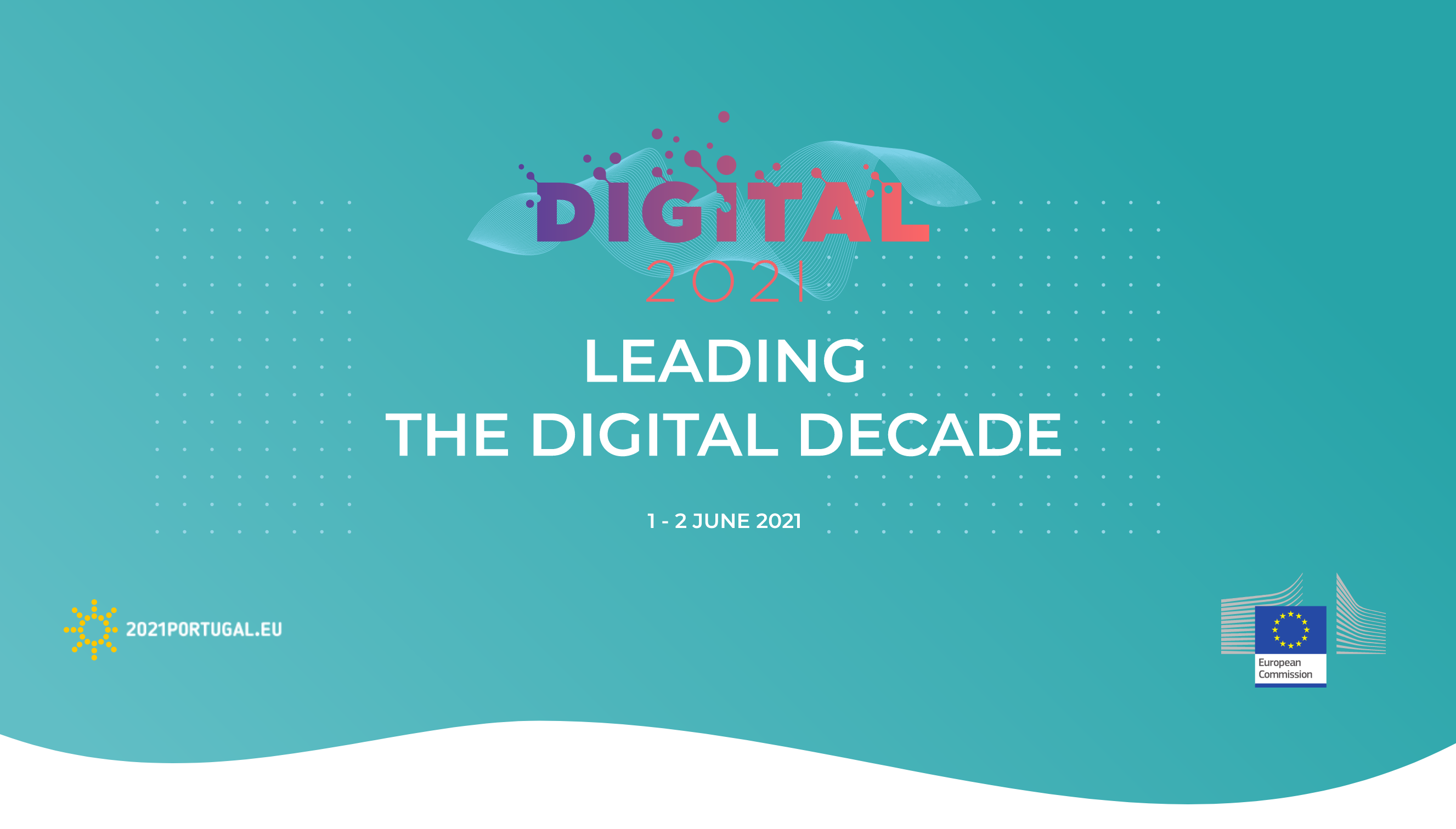 Digital 2021 – Leading the Digital Decade was the purpose of the online Event that took place last June - 1st and 2nd - under the Portuguese Presidency of the European Union. As part of this initiative, a High-Level session aimed to promote and deepen connectivity between the European Union, Latin America and the Caribbean (EU-LAC) with regard to cooperation in space and data infrastructure.

The Event constitutes an important annual Forum, where more than 1,000 stakeholders and policy makers meet at the highest level to discuss EU digital policy and the implications resulting from the latest technological developments. It brings together a strong international component and ensures the dissemination of the main achievements made with external EU partners in the digital domain. This year the Event will be co-organized by the European Commission and the Portuguese Presidency of the Council of the European Union.

The initiative stems from the Joint Communication on EU-LAC relations, specifically the priority Partnership for Prosperity, with regard to the section Advancing the digital economy, which provides, inter alia, that a new submarine optical fiber cable, built with the support of the EU and private investors, will connect Latin America to the European Union and provide high-speed broadband connectivity that will boost business, scientific and educational exchanges between the two Regions.

The opening of the new submarine optical fiber cable will be a decisive precursor to the launch of the EU-LAC Digital Alliance, constituting, in this sense, a central component between the parties, as a result of the impact it will have on future relations between the European Union, Latin America and the Caribbean.

The Consortium led by CESO, which includes Konrad Adenauer Stiftung and the WorldLeadership Alliance Club in Madrid, assures some of the logistical and technical support provided in the preparation of the Event Panel: International Partnerships for the Digital Decade; Setting the scene: digital partnerships as a new opportunity.

The aforementioned Panel was moderated by Sasha Rubel from UNESCO; it included the participation, among others, of Roberto Viola, Director General of the Directorate‑General for Communications Networks, Content and Technology, European Commission, Erik Huizer, CEO of GÉANT, Helena Koning, Deputy Secretary General for Economic and Global Affairs, European External Action Service and Marjeta Jager, Deputy Director-General for International Partnerships at the Directorate-General for International Partnerships of the European Commission.

The initiative falls within the scope of the Policy Support for Latin America and the Caribbean (LAC), that CESO is implementing until 2023. Funded by the European Commission, it aims to deepen the EU's involvement in the Region in thematic areas of strategic interest. Ultimately, it will contribute to achieve concrete results for the EU's foreign policy objectives in LAC, as well as further progress towards political and regulatory convergence, as well as the alignment of political positions and objectives in the global context.