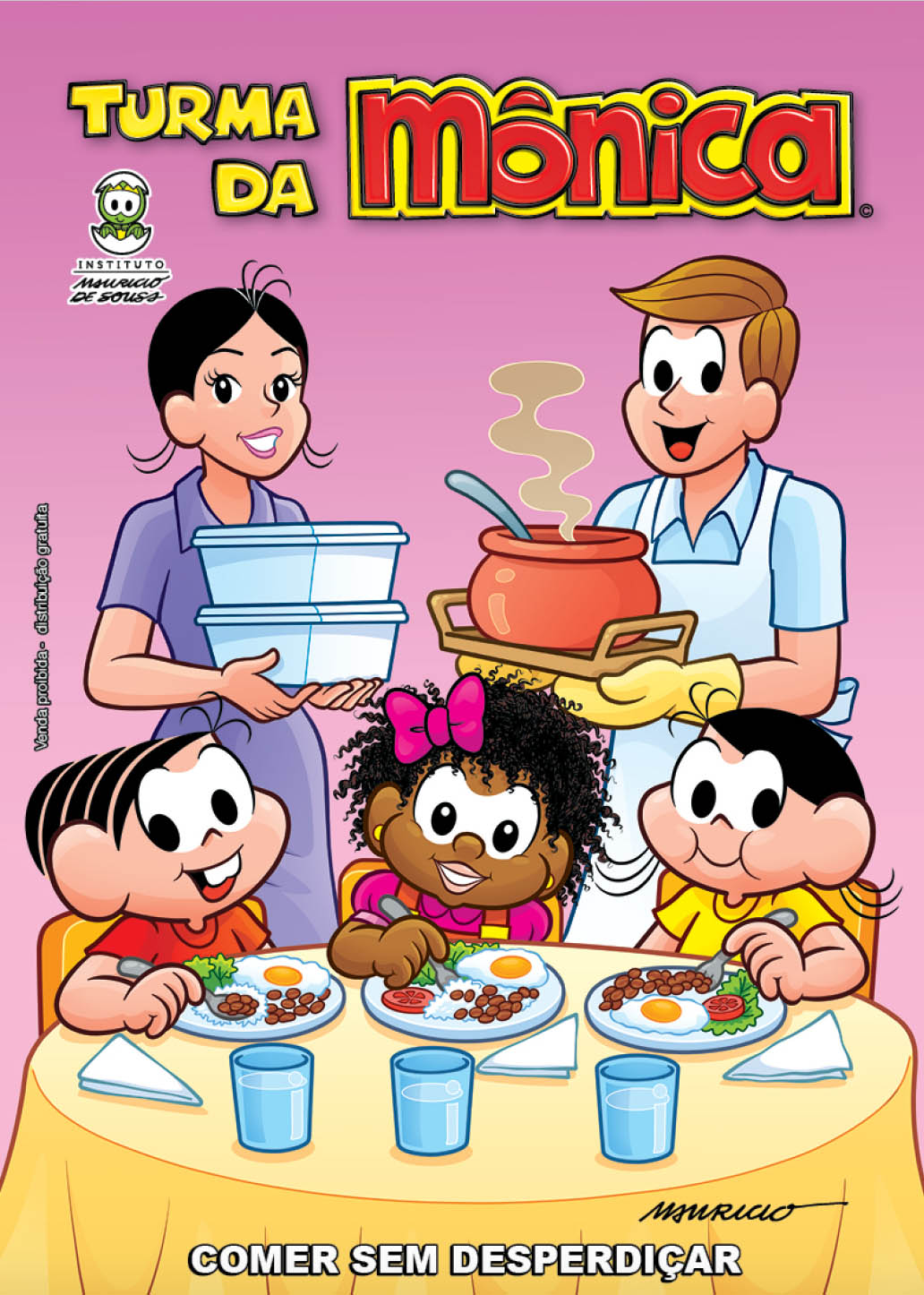 Raising awareness among youngsters about food waste, is the theme of the comic book magazine "Turma da Mônica" that was launched in Brasilia last November. In addition to the magazine which was produced by the Maurício de Sousa Institute, a teaching guide for teachers on sustainable consumption was also distributed.

Targeting students and, specifically, elementary and middle school students in Brazil, these publications not only illustrate the negative impacts of food waste, but propose alternatives to replace such practices with more sustainable ones.

Sustainable Development is now more imperative than ever before on a global scale; that is why the involvement and contribution of the younger generations is decisive in the changes that need to be promoted and implemented in the future.

In this context, it is therefore important to stress that the UN Agenda 2030 elects, as a global priority, the need to “ensure sustainable consumption and production patterns” by proposing, by the end of the next decade, “to halve food waste per global consumer, retail and consumer spending, and to reduce food waste along the supply and supply chains (…) ”.

On the occasion of the publication launching event, the project coordinator, Gustavo Propino, from the Brazilian Agricultural Research Corporation (Embrapa) – wich is a partner institution of the EU-Brazil Dialogues - considered that reducing waste within the agri-food chain is a process of cultural change that needs continuous education actions like the one now being promoted.   In the same vein, the Ambassador of the European Union in Brazil, Ignacio Ibanez, stressed the need to raise awareness about food waste among young consumers in Brazil, “a key audience to be educated to build a sustainable future”. He also noted that this initiative is part of the European Union's Circular Economy Program, to be further developed under the new European Green Deal, to promote the sustainable use of natural resources and to combat climate change.

The initiative was supported by the Technical Assistance to the EU-Brazil Sector Dialogues Support Mechanism and promoted by Embrapa, the Brazilian Agricultural Research Corporation in partnership with the Mauricio de Souza Institute and the World Widelife Fund.

In addition to the print version, the publication is also available in digital format.

The initiative is part of a broader range of others on the subject, which are generally the result of the “Brazil-European Union exchange on food waste”. This exchange of experiences has resulted in reciprocal learning, which has contributed to a better formulation of coherent public policies that can enhance the need to strengthen food security:

“The project aims to foster the exchange of knowledge about communication actions aimed at consumer behavioral changes; engage different actors in the agri-food chain (...) in actions against waste; and positively influence the related bills underway in Congress, based on the successful experiences of European countries.”

Among the activities carried out in this area, we highlight the “No Waste” Seminar, held in 2017 in Rio de Janeiro, an expert mission to the European Union on food waste at the consumption stage and communication actions and a Quantitative Study on Food Waste in Brazilian families.

CESO leads the consortium of the Technical Assistance to the EU-Brazil Sector Dialogues Support Mechanism (Phase IV). With EU funding, it aims to contribute to the deepening of the EU-Brazil Strategic Partnership and to the growth of relations between the parties by supporting the development of sectoral dialogues on issues of mutual interest.