A Stronger Dialogue between the European Union and Angola 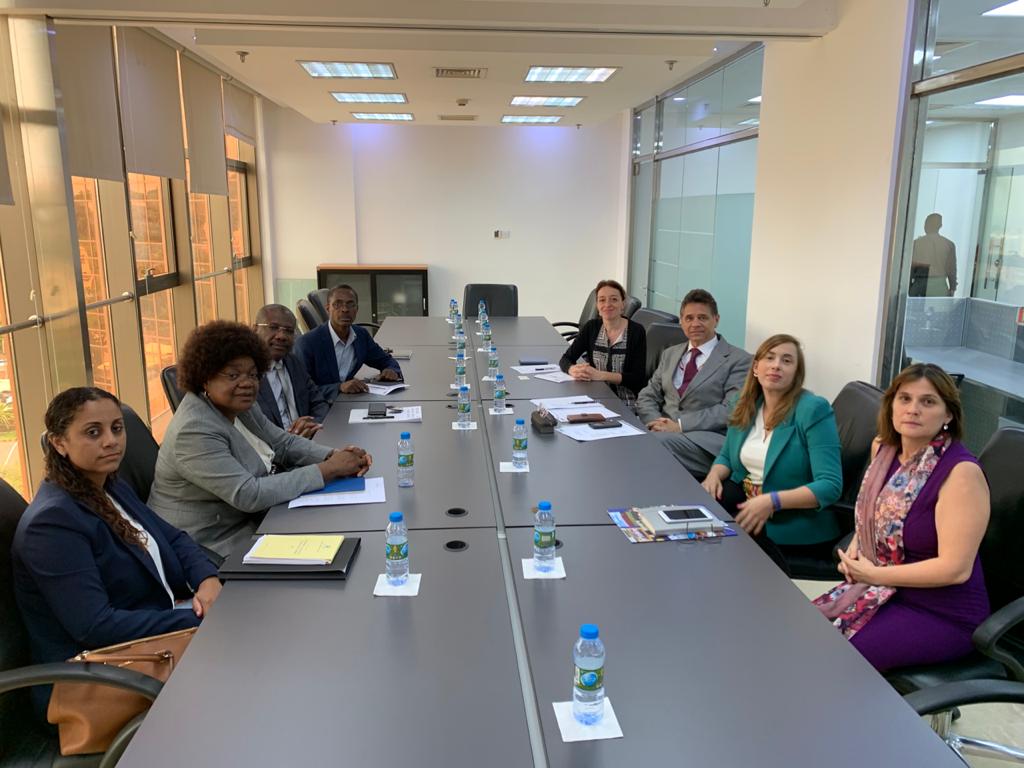 In 2012, the signing of the Joint Way Forward Agreement, resulted from the recognition of Angola's growing role at the Regional and International levels, as well as from the mutual understanding of the need for reinforcing, in the near future, the bilateral relationship.

Since then, the deepening of the dialogue and cooperation between the EU and Angola has come to cover several priority areas, among which the following stand out:

In the scope of public policies, thematic dialogues are a form of cooperation materialized through joint initiatives and carried out between, at least, one Angolan institutional partner, on the one hand, and an EU institutional partner who, on the other hand, may correspond to the Directorates-General and European Commission (EC) agencies and other EU institutions. In order to broaden the scope and diffusion of the “Dialogues” and to make them broader, the participation of non-institutional partners is also possible.  The TA is based on three pillars of intervention which are related to the strengthening of dialogue instruments, institutional training and knowledge promotion.

In order to improve the instruments, procedures will be defined to support the creation, implementation and conclusion of individual thematic dialogues. A platform will also be created that can streamline and simplify its future monitoring.

Moreover, through training, workshops and information sessions, efforts will be made to improve and stimulate the capacity of Ministries and other interested parties, so that they can thus contribute for the presentation of project proposals within the scope of the thematic dialogues that will be identified.

In order to provide relevant information to the public about the EU-Angola relationship and aiming at a better understanding of the external and commercial activities of the EU and the Joint Way Forward Agreement, communication initiatives will be organized to promote the visibility of the EU-Angola Dialogues, the results of projects covered by the thematic dialogues and the various projects and programs funded by the EU.

The TA has an Implementation Support Team who will provide technical support for the implementation of the Facility, including the organization of events for the exchange of information, conducting studies and specialized support to inform the actions taken, decision-making, as well as information and visibility activities.   Funded by the European Commission (11th EDF), the TA started last with a kick-off meeting last 13 January, attended by the TA Team, representatives of the European Union Delegation, the Angolan Economy Minister and will have a total duration of 4 years.

Find more about this project here