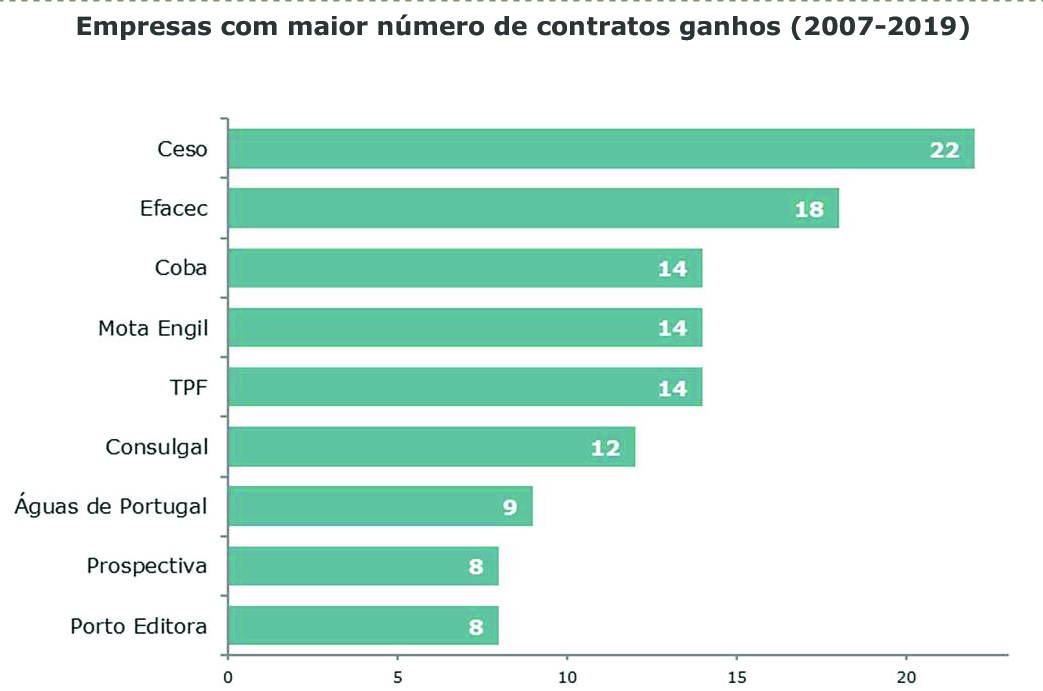 An article recently published by the Multilateral Follow-up Mechanism, which is part of the Portuguese Finance Ministry Office for Studies and International Relations, entitled Return to the National Economy Resulting from Portugal's Participation in Multilateral shows that, in the period between 2012 and 2019, CESO has won 22 contracts for the provision of services with Multilateral Financial Entities – with particular emphasis on the World Bank, African Development Bank and European Development Fund of the European Union.

In addition to the mentioned period in which CESO formalized more than 200 contracts, the company has already implemented, as a leader or consortium partner, more than 500 projects financed by the entities refered above.

Also according to this publication, the Portuguese-speaking countries were those where the largest number of contracts were won during 2019, having represented about 2/3 of the total, thus contradicting the trend previously noted for greater geographic diversity in this field.

It is also worth mentioning the emphasis given to Projects made in Angola by Portuguese companies in the water sector. In this context and among the multiple contracts made in this sector, CESO recently implemented the project Review of the legal and institutional frameworks of the Angola water sector for the Ministry of Energy and Waters (MINEA) and for the National Directorate of Waters with funding the World Bank and the French Agency for Development.

Please find here the Study on the Return to the National Economy Resulting from Portugal's Participation in Multilateral.