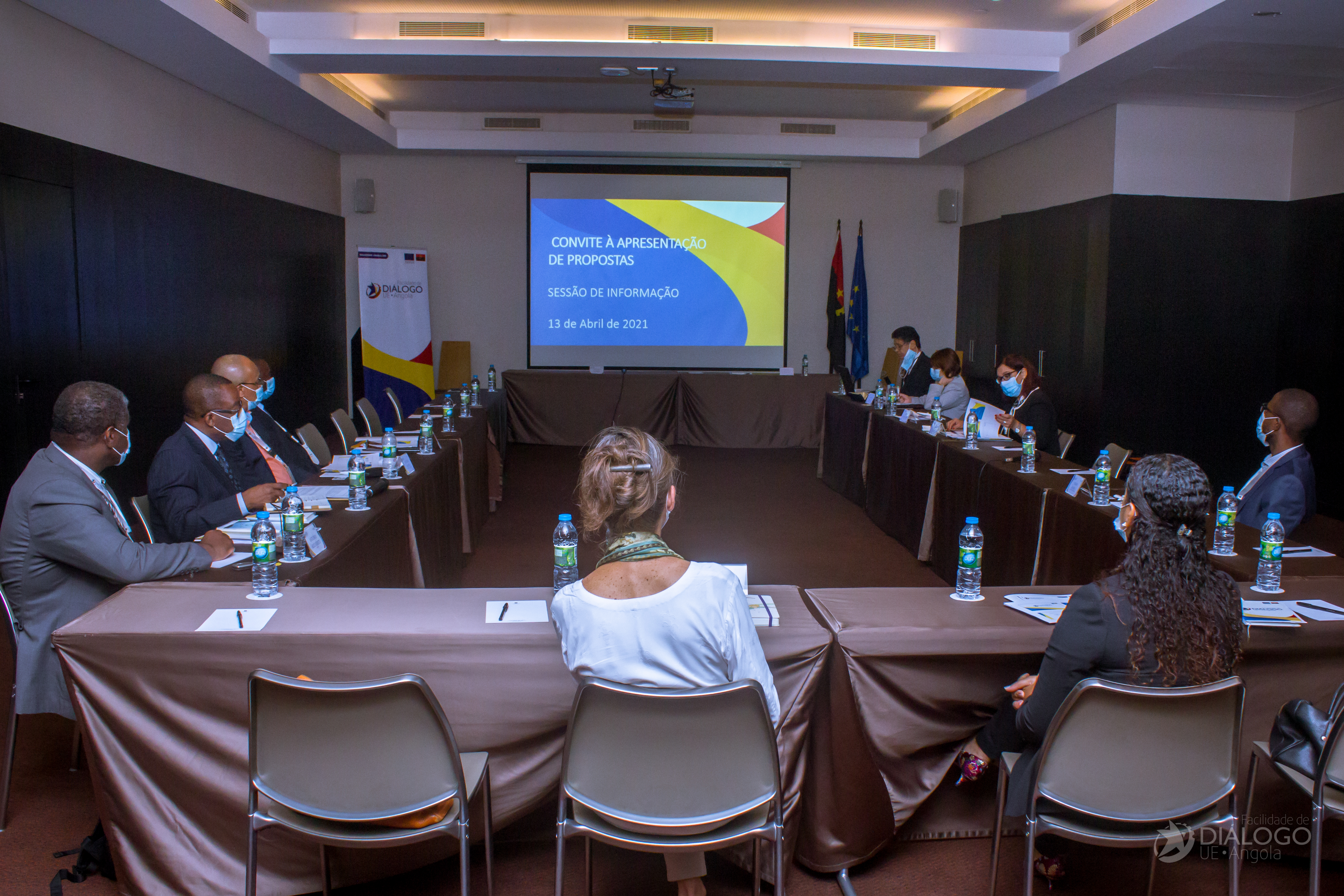 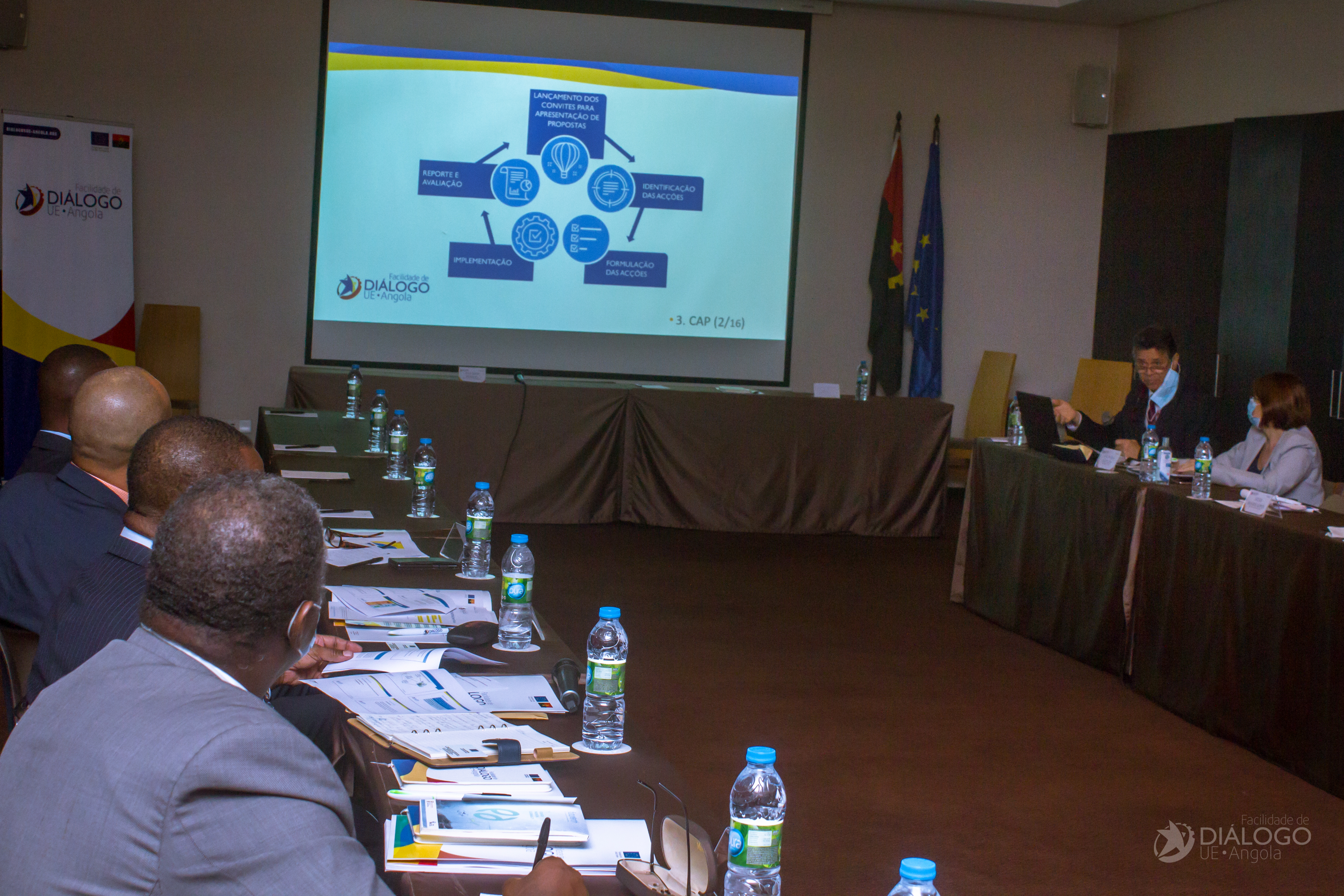 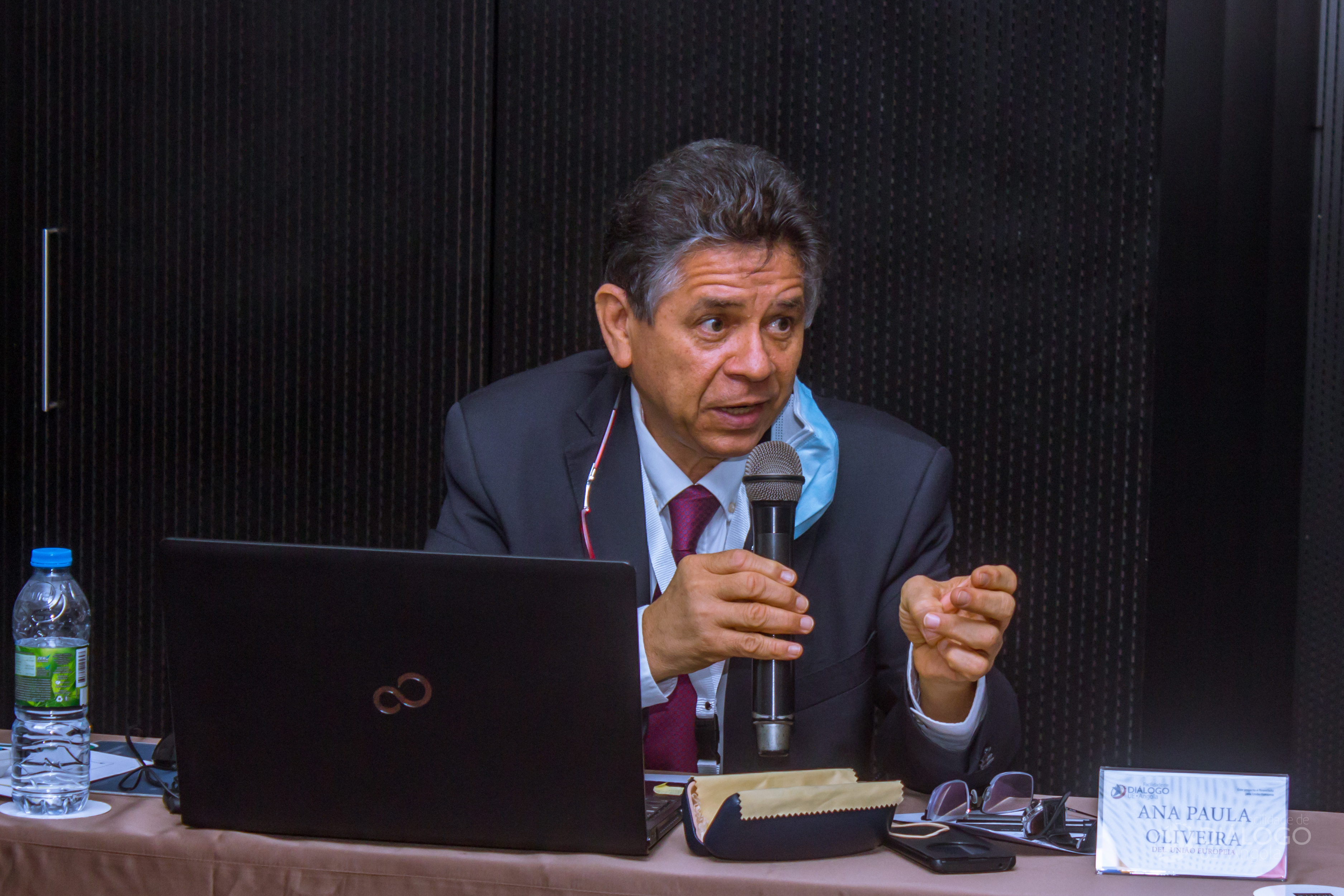 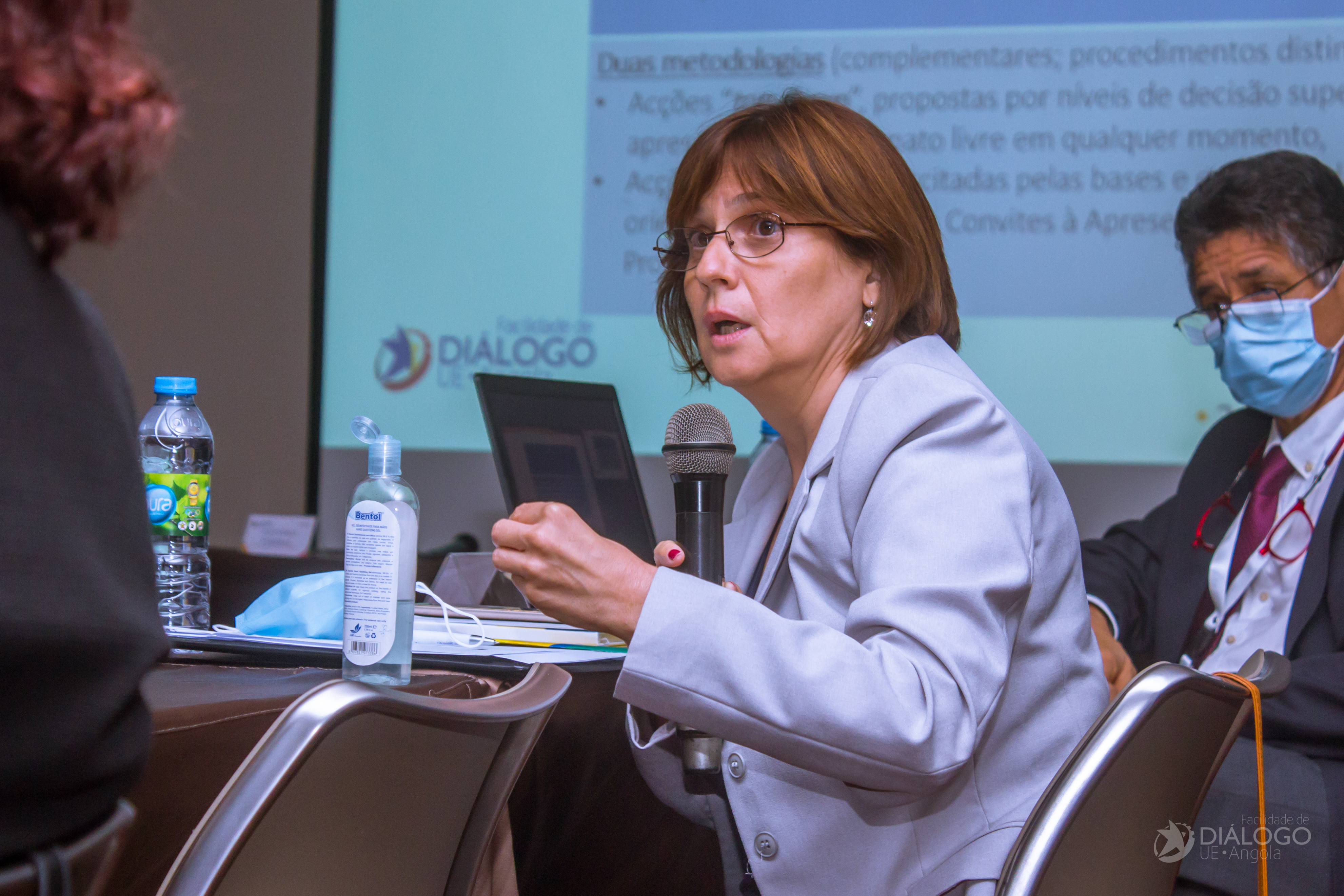 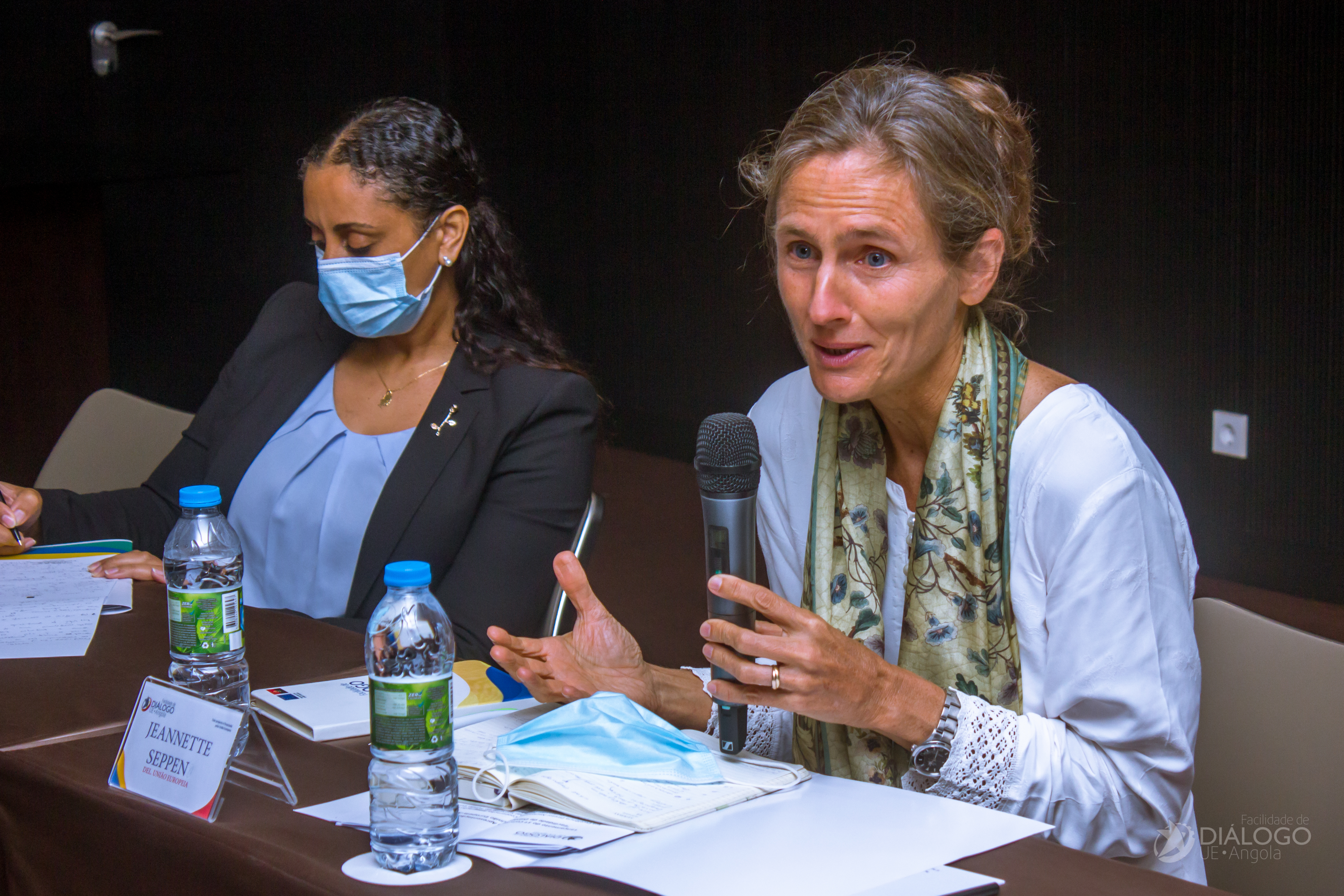 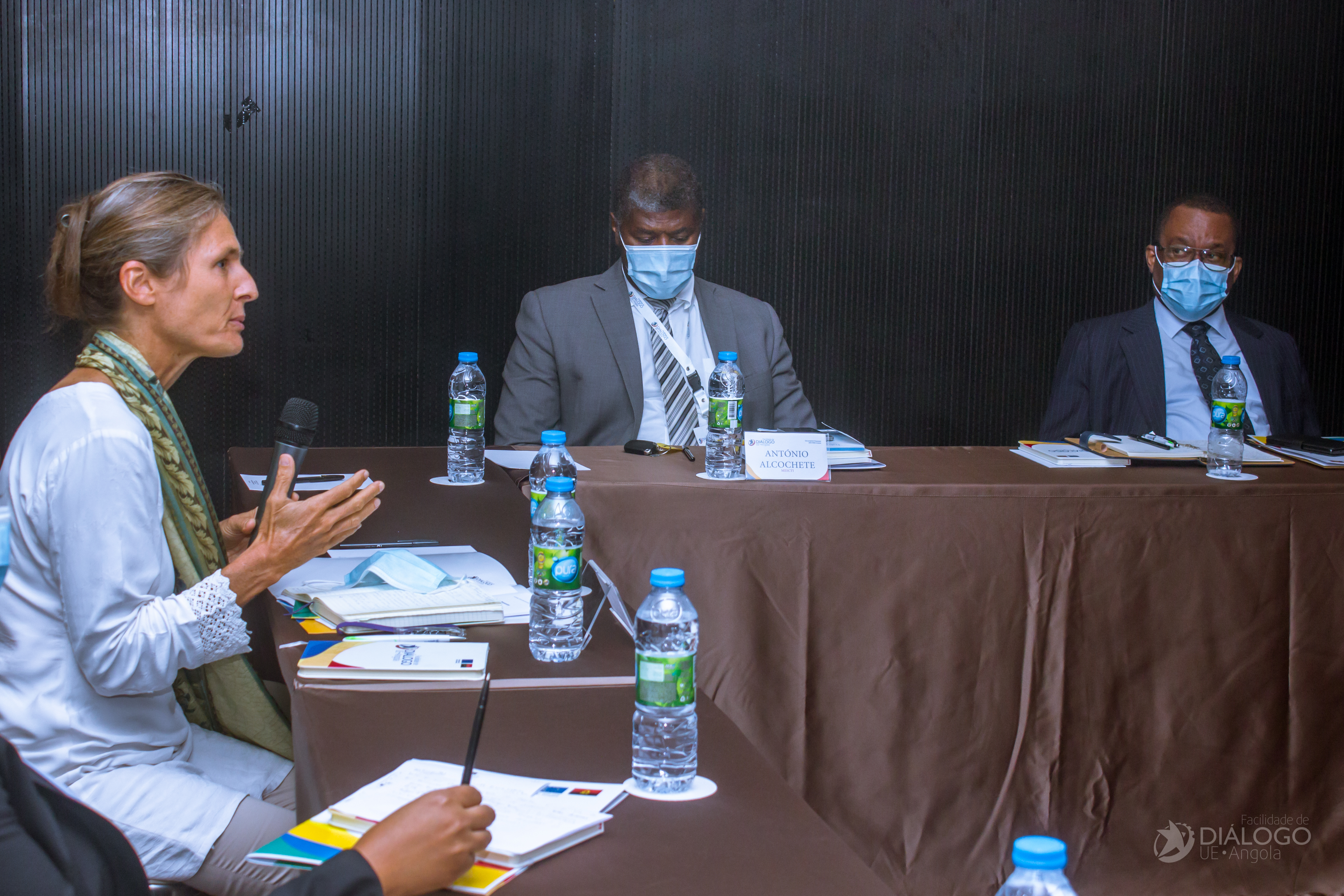 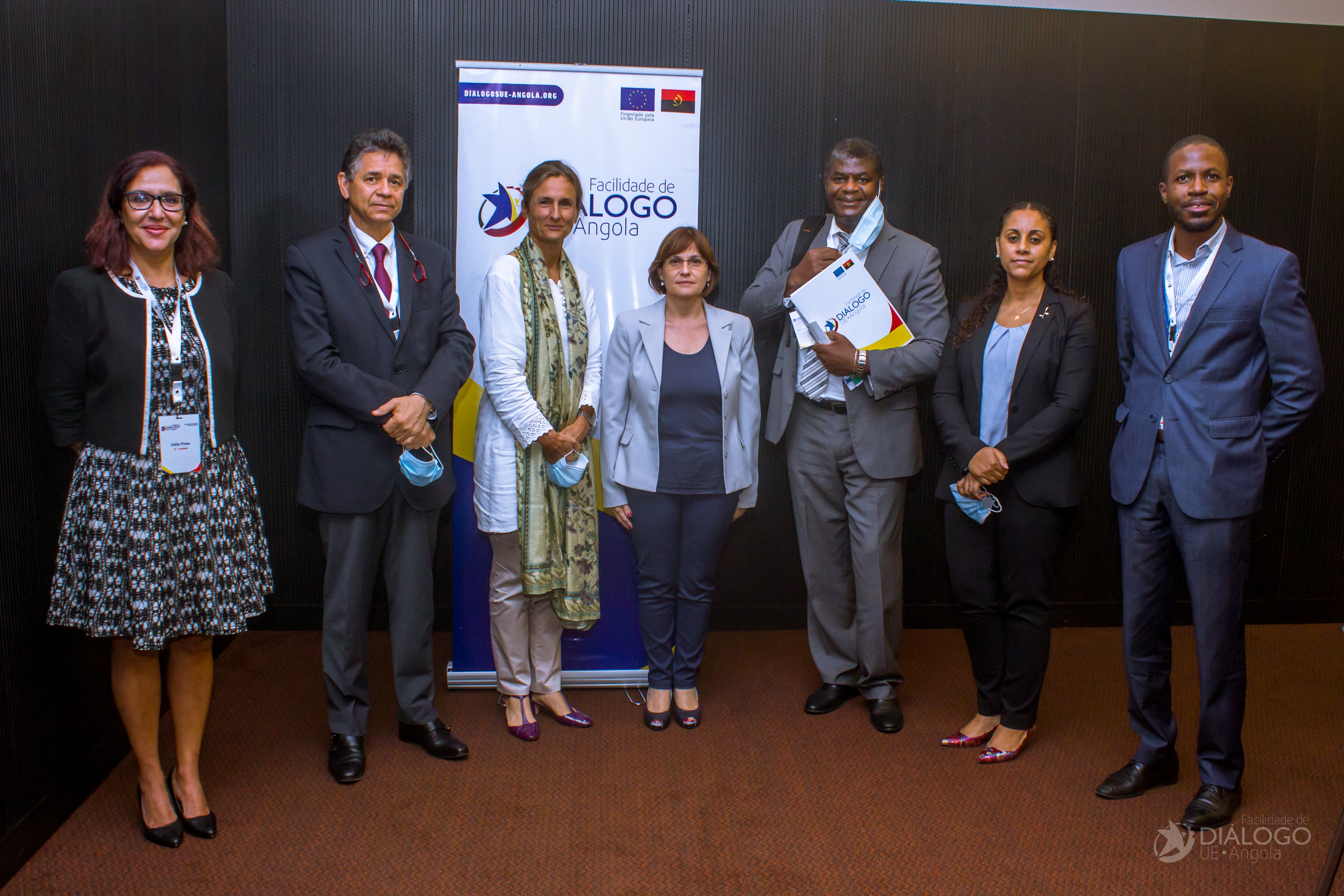 Last April 13th, took place in Luanda the launch of the first Call for Proposals promoted within the scope of the EU-Angola Dialogue Facility. The Event was attended by representatives of the Ministries of Economy and Foreign Affairs of Angola, as well as the European Union Delegation in the country.

As agreed by the two parties, Angola and the European Union, the actions that may be proposed, should fall within the scope of the following priority themes:

- Peace and Security, with particular attention to Maritime Security, in a broader sense, namely, in the definition of the maritime strategy, training in the civil dimension.
- Sea Economy / Blue Economy, aiming to promote the diversification of the economy and sustainable development, bearing in mind, in particular, alternative energies and sustainable fishing.

The Event was attended by several guests from different sectors, departments and Public Administration services in the country, who were challenged to participate in presenting proposals for actions, either autonomously, as associated with other central or provincial services, or even with other organizations from the civil society, namely European Union institutions or agencies that are involved in the above areas and who participate dynamically in public policy dialogues between the EU and Angola.

Applications may be submitted until the 24th of May. For more information on how you can participate in the submission of proposals, you can consult the website of the EU-Angola Dialogue Facility here.

Also, learn more about the criteria of the first call for proposals on the project website.

Financed by the 11th European Development Fund, the EU-Angola Dialogue Facility aims to promote sustainable development within the priority areas defined in 2012 by the Joint Angola-EU Agreement, in order to increase the effectiveness of the political dialogue between the EU and Angola. The aim is to promote thematic dialogues and the regular sharing of knowledge and good practices on topics of common interest.

The CESO / GIZ Consortium is responsible for Technical Assistance for the Implementation of the EU-Angola Dialogue Facility, which, among others, provides training to the dialogue partners, manages the funds of the implemented actions and promotes the communication and visibility of the program. The Technical Assistance is expected to promote the launch of three Calls for Proposals by 2023.